Russia is one of the world’s fastest-growing markets regarding film exhibition. In the last decade dozens of multiplexes were opened, yet now the vast territory  still totals only 2,500 movie screens. In 2011 Russia’s box office topped $1.2 billion, however, domestic movies accounted only for $170 million, or 14.7 per cent of the total. Predominantly US films out of 308 films released in 2011 collected the Russian audience: domestic film production can’t still recover from the world economy crisis.

This is why, each time a few Russian, often controversial, award-winning films show up at global film festivals, it could be regarded as nearly a miracle. Here’s an impressive Russian line-up at the BFI London Film Festival.

This Russian-Armenian-French co-production is the second feature directed by Maria Saakyan Her debut short FAREWELL was nominated for the best film at the Karlovy Vary Fresh Films Festival. 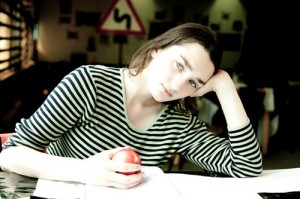 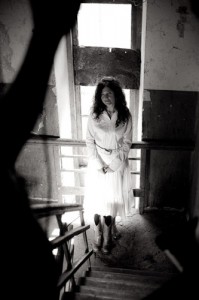 I’M GOING TO CHANGE MY NAME  (ALAVERDY) is the story about Sona and her daughter Euridica who live in a small town of Alaverdy in Armenia (Caucasus). Sona is a conductor of a famous male choir, which performs Armenian folk songs. Her teenage Euridica makes a movie with the camera on her cell phone about her mother.

IN THE FOG (V TUMANE) by filmmaker Sergei Loznitsa

Director Sergei Loznitsa is a Russian, currently Germany-based award-winning documentary filmmaker. In London he presents his second fiction feature, which won the FIPRESCI award in Cannes.

The historical drama is based on the novel by famous Belorussian writer Vasyl Bykov. In 1942 a trackman in the German-seized territory of Belorussia is falsely accused of collaboration with the Nazis. Two Belorussian guerrillas find him to execute for treason. The trackman tries to prove his innocence making a moral choice in such immoral circumstances.

This is the second feature directed by Vasily Sigarev, one of the most controversial filmmakers in Russia.  LIVING won the main award at Wiesbaden Film Festival and Silver Camera 300 award at the Bitola Festival (Macedonia).  Sigarev’s first feature WOLFY was an award winner at Karlovy Vary three years ago and his play BLACK MILK was staged in New York and London.

The apocalyptic film filled with shocking naturalism focuses on three stories of life and death in the Russian province of Yekaterinburg. A dream of a tied alcoholic nearly comes true regarding the return of her parental rights, however she suddenly learns that both of her daughters die in a car crash. A couple of just-married young lovers attract a bunch of skinheads with their informal image.

Sigarev’s Russia is disgusting: people are always indifferent or aggressive, pouring and drinking vodka, roads are traditionally bad, plastic wreaths are scattered everywhere, personal belongings are cheap etc. After all this, anyone wants to live in Russia? No comment…

A young writer brings a collection of short stories to a Moscow publishing house. His manuscript mysteriously changes the karma of any employee who reads even a page of it.

The documentary follows the Russian controversial leftist radical group Voina (War) which became known to the public in 2008. The two main protagonists are the founders of the movement. They live underground in a small family with their baby hoping to change the Russian society with their anarchistic political statements and performances, which balance between vulgar art and criminal code.

Posted in Films in the Western Festivals/Screenings | 3 Comments