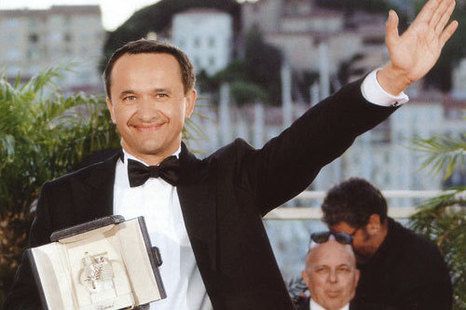 Elena by Andrei Zvyagintsev, one of Russia’s most trail-blazing contemporary director, won the Jury Prize in second-ranking competition program “Un Certain Regard” of the 64th Cannes Film Festival Award. The awarding ceremony ended tonight for Andrei Zvyagintsev who accepted the award from Emir Kusturica, president of the Jury.

…Vladimir (Andrei SMIRNOV) is a well-off businessman. Elena (Nadezhda MARKINA) was a nurse and became a housewife when they married. Each of them has children from their previous marriages. Elena sustains her unemployed son, Sergey, who is idle, cynical and selfish, his wife and two kids with her pension and her husband’s money. Vladimir’s daughter is a rough diamond, who burns the candle of her life from both ends.

Unexpectedly, Vladimir has a heart attack. In a hurry he signed his Last Will to leave everything to his daughter. Elena understands this destroys her hope to keep her son afloat. So she kills her rich husband for the sake of her son and grandchildren…

The 47-year-old Siberian-born director, Zvyagintsev, became famous when his low-budget debut drama The Return picked up over 40 international film festival awards, including two Golden Lions at Venice Film Festival in 2003.

Posted in Films in the Western Festivals/Screenings | Leave a comment