Russian premiere of Pirates of the Caribbean: On Stranger Tides 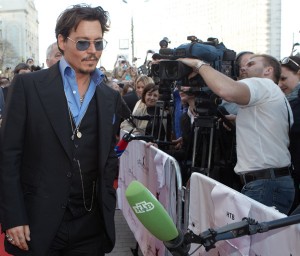 The Moscow preliminary press screening of the fourth Pirates of the Caribbean was launched by Moscow-based Walt Disney Company CIS (CEO Marina Zhigalov-Ozkan). The Moscow premiere opens on May 18. The worldwide distribution starts on May 20.

In Moscow Depp, Cruz and Bruckheimer attended the press conference, gave interviews and spoke at the round-table discussion at the five-star Ritz Carlton Moscow hotel. Bruckheimer has confirmed that the scriptwriting of the fifth feature is underway.