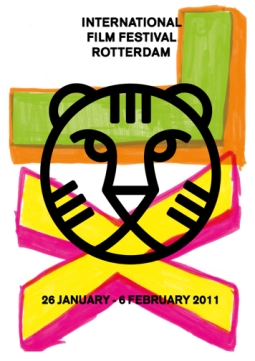 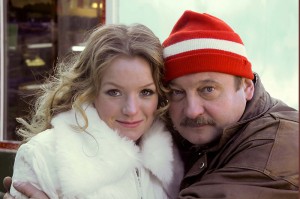 A 26-min documentary Bread For Bird by Aleksandra Strelyanaya about Russian village in the autumn runs for The Rotterdam Tiger Awards Competition among 28 short films by young talents.

Both films were obviously selected for its artistic value and, regretfully, both present a depressing picture of contemporary Russia – a tongue-in-the-cheek tradition among most Russian film-makers who take part at global film festivals. 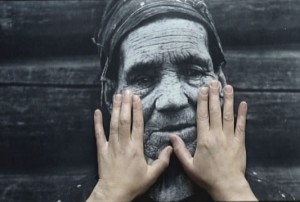 The Rotterdam Jury for Short Films comprises Fiona Tan, an artist known for her audiovisual installations, films and photographic works (The Netherlands), Anocha Suwichakornpong, filmmaker and Tiger Award winner for MUNDANE HISTORY and Thom Andersen, filmmaker, film critic and lecturer (USA). The Award Ceremony to announce winners among short-film directors will be held on January 31.

CHITRA SUTRAM / THE IMAGE THREADS, Vipin Vijay, India, 2010, 104’, European premiere. A tale about a computer teacher, a black magician and a cyber creature who are predestined for online and offline encounters. The story oscillates between Indian mythology, surrealist personal symbolism and the cyber world. First feature film of Vipin Vijay.

FINISTERRAE, Sergio Caballero, Spain, 2010, 80’, international premiere. It portrays two lost ghosts who take the Way of Saint James to the end of the world (Finisterra), this hypnotizing road movie is a treat for eyes and ears. It draws inspiration from Philippe Garrel’s THE INNER SCAR. First feature film of Sergio Caballero.

FASL-E BARAN-HAYE MOOSEMI / RAINY SEASONS, Majid Barzegar, Iran, 2010, 86’, European premiere. The story of an urban teenage boy trapped between his parents’ divorce and his own troubles. It reveals a seldom shown side of Iranian society – middle class urban youths that have the same problems as everywhere around the world. First feature film of Majid Barzegar.

O CEU SOBRE OS OMBROS / THE SKY ABOVE, Sérgio Borges, Brazil, 2010, 72’, international premiere. Blurring borders between documentary and fiction: it portrays a few moments from the lives of three men from Belo Horizonte: a transsexual prostitute and academic, a Hare Krishna soccer fan and a would-be writer. Winner of five awards at the Festival of Brazilian Cinema. First feature film of Sérgio Borges.

TEE-RAK / ETERNITY, Sivaroj Kongsakul, Thailand, 2010, Hubert Bals Fund, 105’, European premiere. After his death, a man returns to the landscape of his childhood and relives the relationship that was meant to last forever. Eternity is a romantic and spiritual film as well as a meditation about the death of a loved one. First feature film of Sivaroj Kongsakul.

TODOS TUS MUERTOS / ALL YOUR DEAD ONES, Carlos Moreno, Colombia, 2010, 90’, international premiere. On Election Day a Colombian farmer finds a pile of dead bodies in his corn field, however, local politicians however have other things on their mind than dealing with the crime. Second feature film of Carlos Moreno.

Posted in Films in the Western Festivals/Screenings | 2 Comments