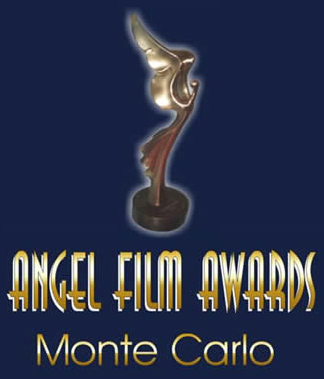 MONTE CARLO. On December 5, 2010 The Angel Film Awards staged at the Art Novo Theatre, Novotel presented a glamorous 3-day extravaganza in a stunning new Monegasque setting. The programs of festival films in competition promoted, unusually, peace and love – a refreshing antidote to traditional flow of violent and inhuman Hollywood films.

It was launched eight years ago by Rosana Golden and Dean Bentley to showcase non-violent films. The tradition has not changed nowadays: only elegant and non-violent films receive the awards.

Dean Bentley: “This event is no hippy dippy affair, with chic and stylish post screening VIP champagne receptions at some of the best hotels and clubs in Monaco. We find and show high-class, heart-warming intellectual films from all over the world.”

AFA Festival Director, Producer Golden and Bentley personally select the 20-odd films that screen each year and are well aided in the screenplay awards by the dynamic London-based producer Daniella Gonella of DG Productions. 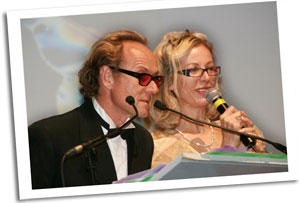 An impressive International Jury was led this year by Professor Karl Bardosch (USA), who has 30-year experience in film and TV. The other jury members included renowned French actress, Celyne Durand – the Dame of Honour, British actress Sophie Berenice, who was also a most elegant and accomplished  Master of Ceremonies, British actress Nahid Mannon and London based writer and director, Rick Friend of Production Friend, himself a previous winner of two screenplay awards at the Festival.

Feature Films Program. This year the big winner – an absolute tour de force – was the epic drama Cherkess from Jordan. This visually sumptuous feature unveils the historic episode of impossible love which sparked up clashes between the neighboring Cherkess and Bedouin peoples. But the conflict was solved when two wise men started a peaceful dialogue. 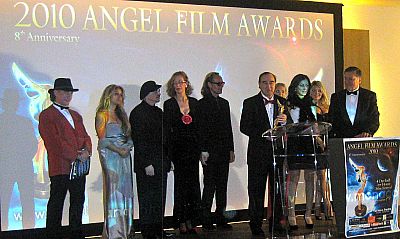 Another multiple winner was All The Way Up from UK. This touching drama about a life-changing encounter in a lift picked up the Best Short Film Award for producers Shane Hamill and Ben Sweet as well as Best Director of a Short for veteran British Actor Sir David Jason, who made his directorial debut with this film. Sir David also received the Lifetime Achievement Angel Film Award for his contribution to the entertainment industry. The Best Actor came for Adrian Dunbar from UK. 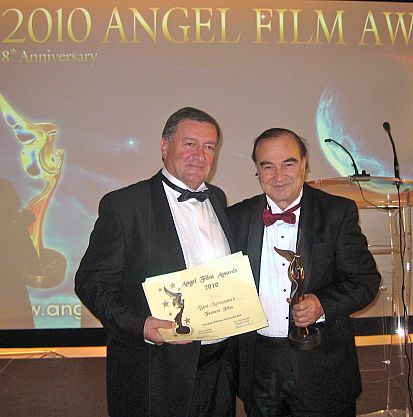 The Best Actor Award went to Ryo Horikawa for his performance as a rock singer in the Japanese drama Asakusa Daydreams and Ai Tamura gained a Best Actress Award in this feature. The film about father-and-daughter problems also picked up the Angel Independent Spirit Award for its film-making technique. It was shot in one take, a feat which will take it into the Guinness Book of Records.

Among the highlights of The Features program were also Yusuke Murakami’s Pieces from Japan. It received the Humanitarian Film Award for its sensitive approach to loneliness and homelessness. The US drama Immigration Tango also won the Best Ensemble Cast and Best Supporting Female Actor.

Two stunningly outstanding documentaries were screened in Documentary program. Claude Green’s So, What Does Your MP Do? (UK) gave an intimate and at times surreal insight into the life of a British MP. The film won Best Feature Documentary and Best Narration Awards.

The best titles in Short Film section were:

Best Actress was presented to 15-year-old film star and musician Mariana Preda for her performance in a short film Doina (Romania).

Best Original Story came to I Wish (Spain), a touching tale of the life of a homeless man on the streets of San Francisco.

Humanitarian Angel Award were granted to Being Martin (UK) about a man struggling with Klippel Feil Syndrome.

In animation program the highlights were Best Short Animation Award winning Atroz, a charming Spanish story about a disgruntled teddy bear and a stylish Greek tale The Happy Life of a cartoonist and his wife, which received the Special Mention Animation Award.