A packages of US-Russian co-productions has been launched by Moscow-based Sony Pictures Entertainment Russia.

Now in production is the third edition of the Russian franchise The Very Best Movie in 3D with domestic Comedy Club Production with Kirill Kuzin who directed the The Very Best Movie-1 (2007) and a new-generation comedians Mikhail Galustyan and Garic Kharlamov. On January 20, 2011 it will be released for Russian theatrical market. 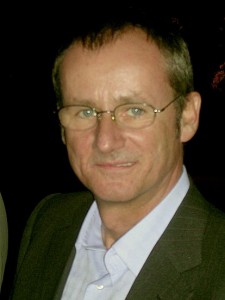 In pre-production is biopic Vysotsky: Thanks, That I’m Alive about the legendary bard Vladimir Vysotsky, a Russian Bob Dylan (1938-1980).

According to SPE director general Michael Schlicht, a budget of $30 mln. is available for production in Russia. It’s enough to produce 4-5 films a year, however, it’s hard to find good scripts.

That is why Schlicht boosts his co-productions with Monumental Pictures founded in February 2006 by him and his partners as a joint venture of Sony Pictures Entertainment Russia and Patton Media Group.

One Response to Russian-US Co-Productions Launched