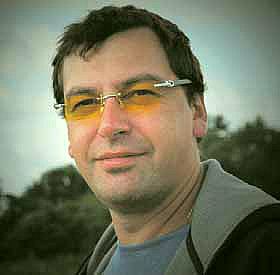 Moscow-based R.E.N.T.A.C.A.M. company has opened one more office in Moscow at the Center of National Film (CNF) to provide services and repairing of film production equipment, plus consulting.

This fast-rising company renders a full range of services production services and equipment: cameras, optics, dollies, cranes, light and equipment, generators and supporting equipment. In 2007 R.E.N.T.A.C.A.M. was hired for more than 60 full-length features, including major Russian film projects and over 500 TV commercials in 2007.

“We keep growing, and it’s quite logical to open one more office at one of major film studios in Moscow”, – says Michael Mukasey, the owner of company R.E.N.T.A.C.A.M – “Here, we can offer our best equipment, render technical support or consulting with our professional engineers”.

R.E.N.T.A.C.A.M. is rapidly expanding its potential with new generators, lighting equipment etc. Its office also operates in St-Petersburg and a new one is opened in Kiev (the capital of Ukraine).

Besides, T-Rex and Ronford F7, Avid Adrenaline post-production center are available as well.