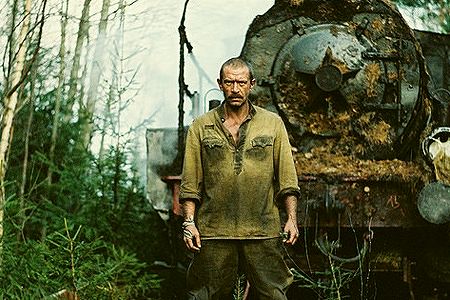 He works so hard that a small community of exiles and their Red Army guards starts to hate him. In fact, he is very strange: he loves early 20th century steam locomotives more than moonshine or sex with local women. He finds another steam locomotive and a German girl (Anjorka Strechel) lost in taiga. And here the real trouble starts: he falls in love with this girl…

Note: Alexei Uchitel’s drama His Wife’s Diary was submitted for the Academy Award from Russia in 2001.

Vladimir Mashkov played the lead role in Pavel Chukhrai’s The Thief nominated for Academy Award from Russia in 1997.

Posted in Films in the Western Festivals/Screenings | 6 Comments